Today was the most demanding days riding so far - about 250 miles in all.  We left Silver City to get a picnic lunch at Wal-Mart - which was a good plan!  From there is a 50 mile ride to the Gila Cliff Dwellings in the National Park - but a 2 hour ride as the roads are so twisty with 15 mph signs on most bends - it also climbs up to nearly 8000 ft - one of our group got altitude sickness.  At the park it was a further 1 mile trek up the cliffs to see the caves (with walls) which are up to 2000 years old - its a World Heritage Site - but not really up there with the Pyramids.  The way back down was tougher as some US tax dollars had been well spent on improving a new 35 mile twisty road with huge drops by the side and of course was covered in loose gravel - cue riding at a snails pace - but the scenery and weather were brilliant.
From there it was a 100 mile blast with the sun on our backs through the largest chilli production area in the USA, to our Best Western in Las Cruces.  We have just arrived, and as New Mexico is an "open carry" state  - Gary has armed himself with a mean looking gun - I said he was stupid and he said he would shoot me - guess I lost that one.

Tonight we are going to a historic bar restaurant somewhere where Gary says  - the food is OK but not as good as the historic connotations of the place (Billy the Kid broke out the day before he was due to be hanged) - we shall see........ 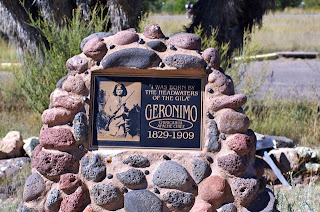 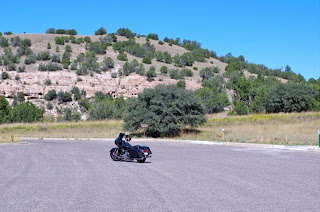 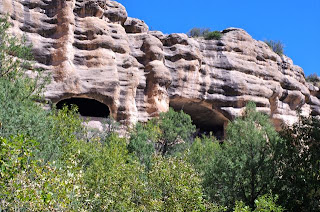 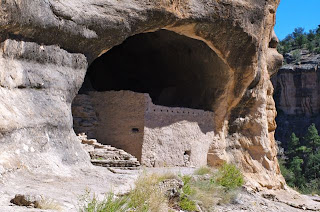 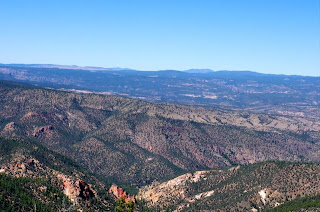 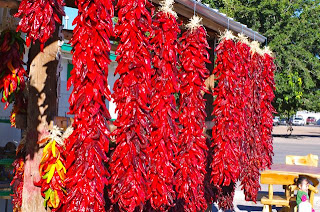 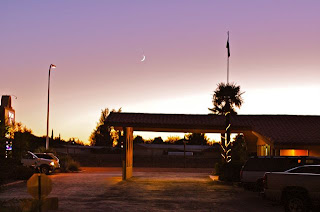 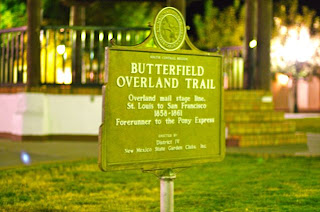 I'm thrilled to see you used 'hanged'. It's nice to know that two and a half decades of incessant nagging has had a positive result.

and the chillis are hung up?

I agree with you about the guns. Crazy! Sorry to here that Mr Obama's Re-investment and Regeneration plan caused you so many miles of loose gravel. It is truly horrible stuff - just like the Mexican food!