I have long been a fan of Davida Helmets - I like the visibility and comfort they provide, and of course they are hand made here in the UK on the Wirral.  I am just getting some made up with the 7Ages logo which will be for sale on the mainwebsite - I have gone for the Speedster which is smaller and is a 1970's style. 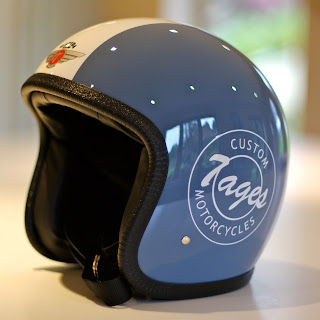 Posted by iansolley at 10:55 No comments:

HOG Gallery - Ride of the week

Et Tu, Brute? - Yes its all coming along nicely - we got it outside today for a proper look at the proportions and details and I am feeling really pleased with the design.  I have a slot booked for the paint in a few weeks and that will take a month, so I am realistically hoping that this bike can be finished sometime in early June - ready to ride in the glorious English Summertime!  I still have a few details to finalise, controls, grips, indicators, mudguards etc - but the style is definitely 7Ages.

Posted by iansolley at 14:03 No comments:

Well we just pulled apart the marvellous 1982 BMW R80 and I am left with this very impressive chassis and engine - and a whole load of bits, which will end up on Ebay one day. The first decision I have made is to run this new bike with 23" Wheels front and back, with a 4.25" wide rear wheel and a 3.75" wide front wheel. I am going to get them CNC'd up by Taylor made wheels replicating the existing pattern from the BMW wheels, and keeping the large rear hub for the brake and shaft drive. Not sure about the forks yet - I have two sets sitting in my garage a 2" under set of springers and a a stock set from a new Harley. To keep the bike simple it will be a hardtail frame and I will be sketching away for a few weeks to get the lines how I want. Thats enough to be getting on with - except - I am running the working title of "Fortunes Fool"  - BMW Blue frame and white / grey paint.

Posted by iansolley at 13:54 No comments:

I have been waiting for the sun to shine, so that I can ride the bike over to Roddy Paine's studio and get some professional shots done.  (A full spec of the bike is available on the Main Site).  The bike rides well indeed like Bike No.4 Hamlet, the 23" wheels give a precise feel when cornering and the HD lump has bags of grunt and a fantastic noise through the fish tail exhausts.  Its been registered brand new as a 10 plate and I will be selling it this year - contact me for details. 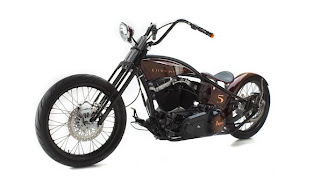 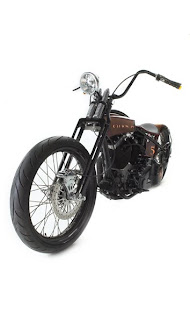 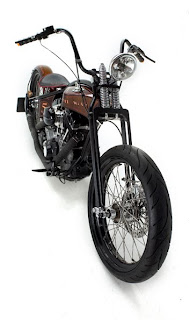 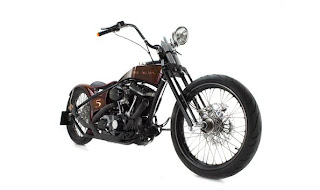 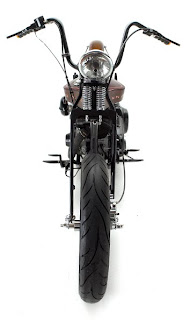 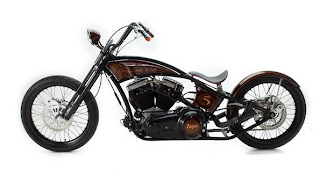 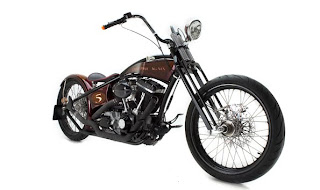 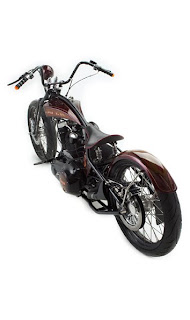 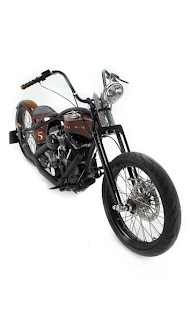 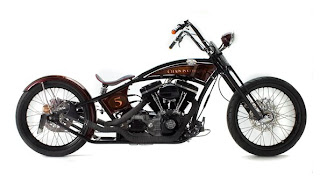 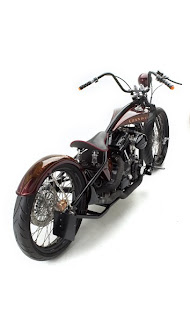 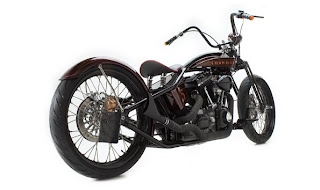 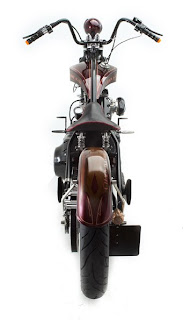 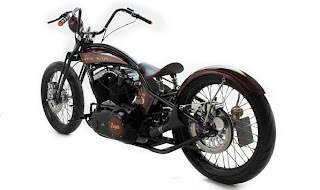 Posted by iansolley at 18:48 No comments:


Well for my first competitive show it was an interesting experience, and there were certainly some good lessons to be learnt!  Like if you really want a prize enter the smaller competition like "Old Style". or "Metric" or "British", where there were only about 5 or 6 entrants in each so the odds of getting a good prize are very good.  Congratulations in particular to Huggy who won the old style competition on his old Harley he keeps in the street dosent clean and rode to the show! - I voted for him just because of that - he won a Zero Engineering Samurai Chopper kit - nice  (I wished I had entered Macbeth in that one).

In the Freestyle I came a creditable 8th, which considering my bikes are not show bikes, (limited chrome and shine) I was really pleased with; when you see the top 3 which have won all over Europe.  In particular I loved Special Parts Supply (Best in Show) from Holland and also KCosmo from Garage 65 in Italy - really fantastic bikes.

In the Modified Harley section I ended up 5th behind Shaws with a 1st, 2nd & 4th and Warrs who came 3rd, I was a bit disappointed with this, but it would appear that despite clearing it first with AMD that heavily modified frames (ie pretty much just the VIN) are eligible if they have a Harley Engine, that was not the view of many of the Judges who insist on stock frames only.  So I suppose 5th is OK!  Congratulations anyway to Shaws and Warrs, their bikes are super cool and I would happily ride one anywhere!

Posted by iansolley at 11:28 No comments: