Been way to busy these last six months on other stuff to spend anytime on this bike -which has been going very slowly for sometime now, but hey summer is coming and it needs to get on the road.  So it will be leaving P&D with all its metal work done at the end of this month. The tank is looking really good, its been cut down and slimmed but still looks BMW.  There will be a new combined tail piece and electrical box, and a mini front mudguard.  We are keeping the original exhausts, but double walling them to give them some bulk and finishing off with polished 10" Supertrapp Race Mufflers.

The bike then comes back to Kent where it will be put back together using as much of the old R80 controls and bits as possible to keep costs down and keep it real - hopefully this will be about 2 months max - then off to paint and on the road for early June.

Design - I am going to have it painted Red but a darker shade than the orignal and it will be named ROMEO80  - this covers my Shakespeare theme and is the phonetic word for R -I am getting a design done for this by my friend, fellow rider and design guy Paul Leeson - here are some early drafts. 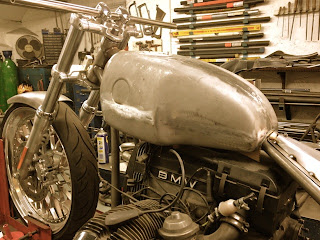 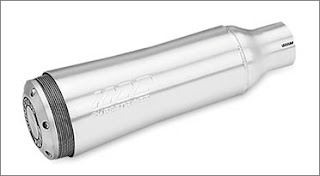 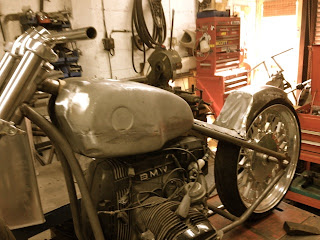 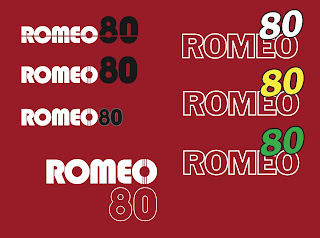 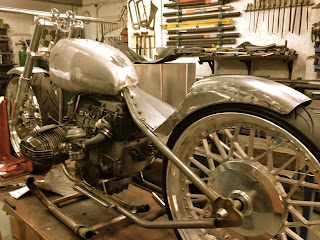