My good friend Gary France who is recently back from his epic journey across the USA www.garysusatour.blogspot.com has now planned a meticulous mini trip across Spain to his place in Sotogrande.

So this will be my second trip after Croatia in May and in these cold dark winter months something to really look forwards to.  We are going to take about 4 days to get down there staying in nice Paradores, then everyone else gets 5 days down there and a leisurely 4 day ride back - but I will blast back a day after arriving in a day and a half - still it will be fun!  Because of the speedy ride back I will probably go on my trusty Streetglide. 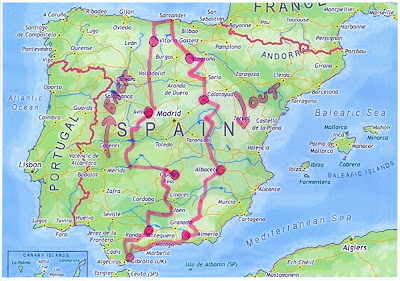 I had thought this was going to be Bike No.8, but due to circumstances I have brought it forwards and Bike No.8 will be the BMW R80, which will surface around the end of the summer I expect.

Anyway Bike No. 7 has no name yet - but it used to be the famous Blower Bike built by my friend and collaborator Richard Taylor in 1995. It started as an old 1971 Harley (so no Tax), built with amazing detail and a legendary Harmon engine harnessed to 2 superchargers - it only ever did 600 miles before the owner blew it up.  The engine was replaced with a Rev Tech and the blowers left on but disabled and the crucial gears thrown away, and its been garaged pretty much ever since.

I bought what is left of the bike last summer, with the simple aim of making it a nice rideable period style Harley - the period being Arlen Ness's golden years of the 80's and 90's.  Its going to be a very simple job, with a brand new S&S 96" Shovelhead engine, some new beach bars, a nice 2 into 1 exhaust and a slick black paint job from Image Design Custom.  All I need to do now is decide what the look I want and get on with it.  I want it finished for my first big ride of the year which is the 2nd Harley Davidson HOG Rally in Croatia at the end of May 2011 which will be around 1500 miles each way - so a real test. 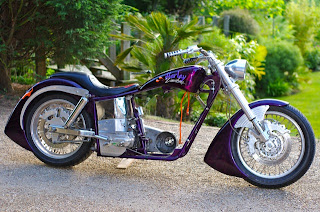 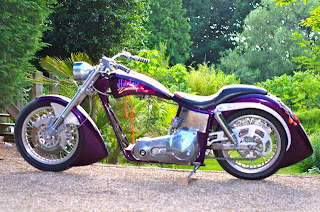 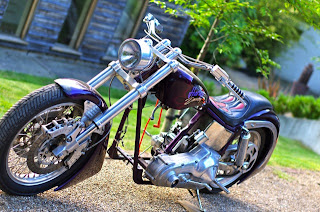 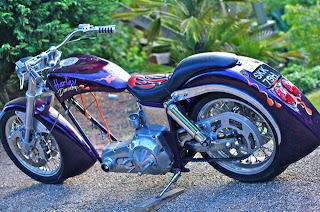 Posted by iansolley at 16:22 No comments: