Just back from our road trip to the Harley Euro Festival in Port Grimaud.

Four of us set off on Tuesday 8th of May, me on my Caesar Racer FXD, Preben on the 2009 Streetglide with a 110" Screaming Eagle Engine, Paul of his 2011 Blackline and Andy on his 2010 XR1200 - we covered about 1825 miles by the time we returned on Monday 14th, although sadly we had to leave the Caesar Racer behind in Marseilles as it had some problems.

The first problem occurred in Bourges where the starter motor developed a fault - we checked all the wiring, but the motor wouldn't turn.  So with some effort we got it bump started and continued like this another 400 miles bumping each time we stopped, including riding over the awesome Millau Bridge.  So on day three we decided to head for Marseilles Harley Davidson but we got a flat tyre in the rear on the way, but finally managed to get it there where we hoped they could help.  I had always believed it was a Harley Davidson ethos that if a rider on the road got in trouble the dealer would do everything they could to help them get back on the road - but unfortunately this was not the case - and so we had no alternative to leave the bike there, and continue two up on the Streetglide.  On the other hand the excellent We Move Bikes came and collected it the next day and brought it back to the UK - I cannot recommend these guys highly enough if you want your bike shipped. 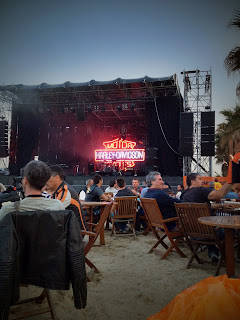 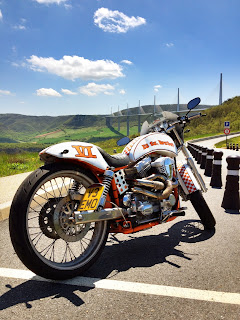 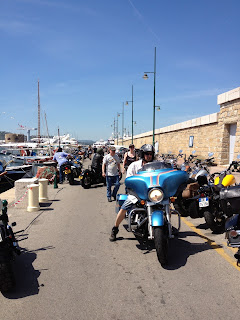 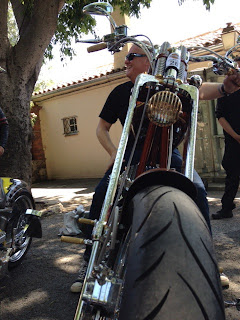 At least the weather was good and so we had a good three days at the EuroFestival to relax and enjoy the place, and ride the coast roads, all taking turns to be the pillion or "bitch" depending on what you prefer to be. As usual the festival was excellent, loads of people and bikes  - music and plenty to drink!
Here is a great video by Paul which shows some great moments from the tour  - and of course Elvis who came back to play for us on Thursday night.

Finally I have to say a huge thanks to Marjorie Rae the UK HOG Manager who lent me her Streetglide to ride back to the UK (she was flying in any event) - it certainly made the last 800 miles alot more pleasant than being two up on the other streetglide. 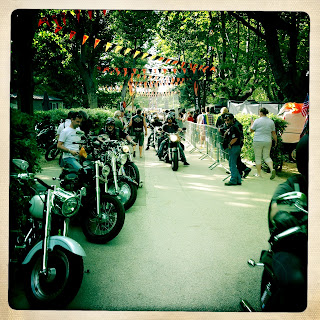 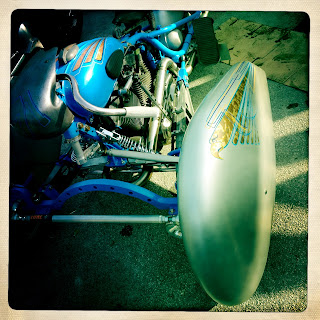 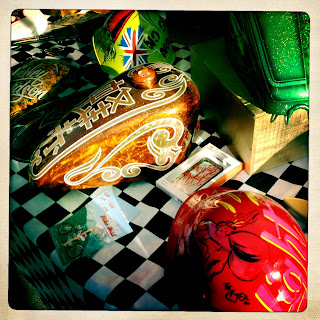 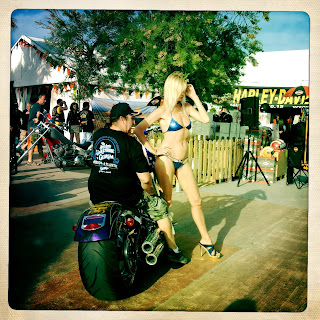