The sun dosent rise in this part of Texas until around 8:00 am, so we set off at 8:30 as usual riding head on East into the rising sun  - and it was cold.  We have 360 miles to do today which is a fair old distance so Gary set a good pace of about 85mph and after a few hours we had achieved some distance and arrived at our first stop - Judge Roy Beans courtroom and saloon, by which time the temp was nearly 90 degrees F.

From there we then went off to San Antonio - where we have now arrived in a weird Holiday Inn which is hosting a convention for Daughters of The Nile - they are all old women (100's of them) in turquoise two piece tops and long dresses which some psychedelic trims - which according to Wikipedia is some wives club for Shriners and Masons.

Anyway we are all off out to explore San Antonio. 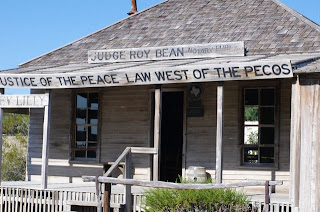 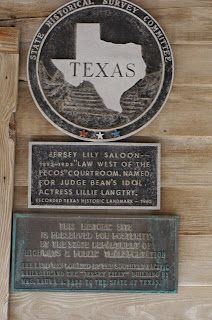 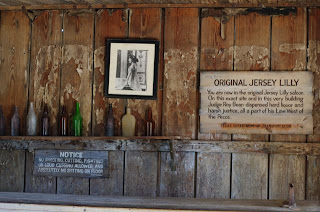 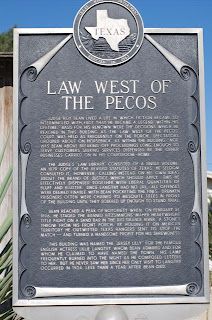