Another blog this time combining three of my previous road trips - Route 66, St Tropez and Blue Ridge Mountains, into a complete road trip blog - to this I will be adding my forthcoming Cowboys and Indians tour starting in Las vegas on October 2nd 2010 - check it out - www.7agesroadtrips.blogspot.com

Posted by iansolley at 18:04 No comments:

When I rode Route 66 we had a great guide by the name of Gary "Ga" to us - and since then we have stayed in touch and met a few times when he is over to do the Motorcycle Show, promoting tours in the USA with his company California Sunriders.  Well I had a chat with him at the last one on a cold November day in Birmingham and he talked me into a Cowboys & Indians tour of the South, - here is the sales pitch....
“We’ll visit old west towns like Sedona, Tombstone and Bisbee, AZ, Silver City, Old Mesilla, and Carlsbad, NM, as well as Fort Davis, San Antonio and Dallas TX. Along the way we will stop at various attractions, including The O.K. Corral, Copper Queen Hotel, Gila Cliff Dwellings & White Sands National Monuments, Carlsbad Caverns and Big Bend National Park. We will also take a tour of the Alamo in San Antonio, Texas. We are including two nights at a historic Guest Ranch just outside of Fort Davis, Texas where we will have a choice of activities such as horseback riding, pistol and rifle shooting, paintball, hiking, stargazing and more. We’ll also enjoy a fireside chuck wagon dinner under the stars of Texas.
The tour will be going through some of the best riding and scenery that the Southwestern United States has to offer. The ride has a variety of roads including the plains of W. Texas, deserts, and mountains. We will be stopping in the actual places many famous figures from the past called home and where they gained their reputations, such as Billy the Kid, Pat Garret, “Doc” Holliday, Francisco ‘Pancho’ Villa, Apache warriors Cochise, Haskay-bay-nay-natyl a.k.a.“The Apache Kid” & Geronimo, Judge Roy Bean, James Bowie, William B. Travis, Davy Crockett, Antonio Lopez de Santa Anna, Wyatt, Virgil & Morgan Earp, James and Bat Masterson, Ike Clanton, Tom McLaury and Robert “Bob” Ollinger.”
In all its about 2300 miles and I fly into Las Vegas on October 2nd ready to ride, so please check in for updates and posts.
Posted by iansolley at 15:22 1 comment:

After some prompting form a friend on Twitter - I have now amalgamated all of my previous road trip blogs into this one - www.7agescustommotorcycles.blogspot.com will remain as the blog about the bikes and local rideouts.  Please feel free to comment and I will do my best to respond.  The picture on the header was taken by a good friend David who I met riding route 66 - check him out in earlier posts.
Posted by iansolley at 15:07 No comments:

This is a regular event which I have not been to before and when 1066 HOG arranged free entry it sounded like a plan for a Saturday morning - so we met up at the dealers for a chat and then off we went ...about 2 miles to Hellingly!  Still the sun is shining and there was plenty to see. 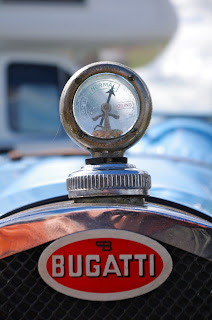 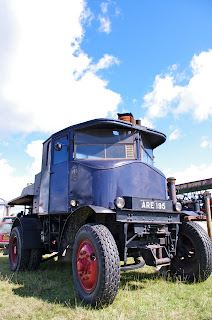 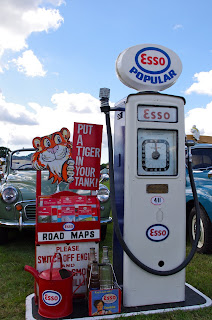 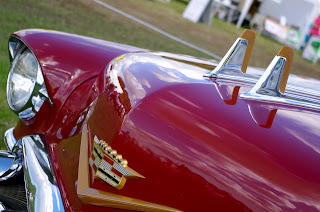 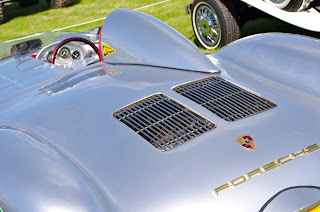 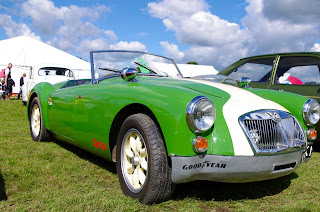 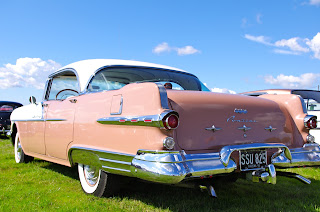 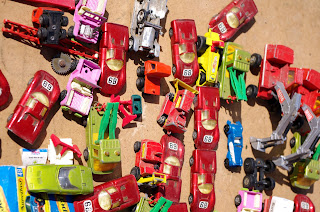 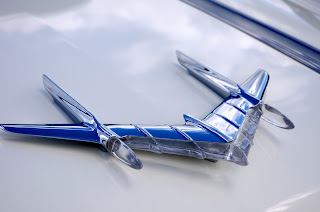 Posted by iansolley at 13:04 No comments:

Those regular readers of my blog will realise that I have been a bit of a slacker in respect of new bikes - well Bike No.6 The Caesar Racer based upon my old 1999 Dyna is on the ramp and making progress.  More pictures and progress over the next few weeks as I want it finished for my birthday later in September. 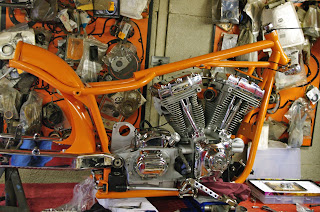 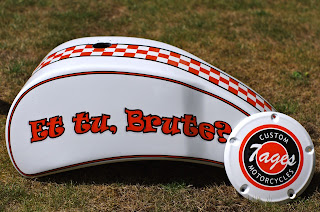 Posted by iansolley at 16:31 No comments:

Last year I went to the Seaford Bike Festival (in East Sussex) and It was a lovely sunny day  - see post so in a sign that my blog is getting on a bit - time to report about events a whole year later.

It was actually very like Groundhog Day, with us meeting at the same time at the same McDonalds in Newhaven and then with a Police escort riding to the same field where there were the same bikes and cars! The big difference however was that it rained so hard you had to find a little bit of shelter - still it was a nice chance to chat to some of the 1066 HOG members and have a BBQ Burger.  To be fair this was a classic English day out with the rain and the empty funfair and the band playing to no audience.  With no sign of a let up and dressed appropriately in Converse, jeans, T Shirt, Leather Jacket Open face helmet and shades - I rode the hour home and got soaked to the skin - still a most enjoyable way to spend Sunday.  Here are some shots: 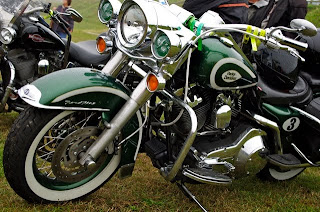 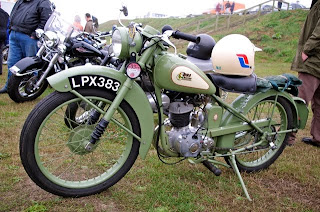 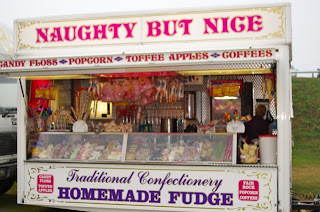 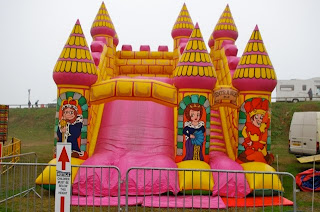 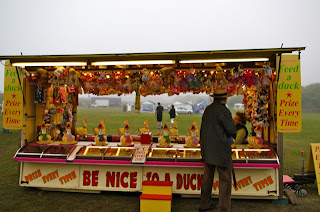 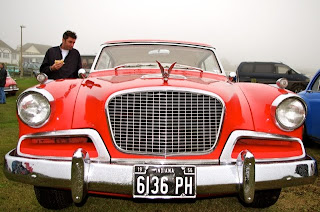 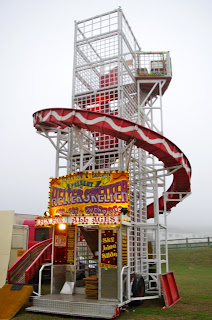 We Move Bikes and a Screaming Eagle Engine

I successfully bought a 110" Screaming Eagle engine on Ebay this week from Riders of Bridgewater, and as posting the beast was not on the cards  - I had a nice drive down to Somerset to collect it today.  On the way down I passed the signs for Gloucester which reminded me, as where We Move Bikes are based, who I have used to ship bikes on recent trips to Helsinki and St Tropez.

So by a weird coincidence when I arrived home and read the monthly Harley Owners Group magazine, it was nice to see an article about them and hiding in one of the photos was my Hamlet bike.  They are a top company and provide really good service and I would strongly recommend them for when you just can't face that long ride! 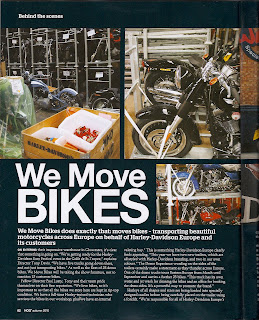 As for that Screaming Eagle engine, well it was planned to go in my bike No. 8 (formerly Blower Bike), but its a touring style engine, so I will have to get a touring transmission to mate to it and a special primary as well - then really modify the frame......maybe not such a bargain.
Posted by iansolley at 20:28 1 comment:

A quick post congratulating my local Harley Davidson dealer in Sussex, Shaw Harley Davidson for coming 1st in the AMD World Championships in Sturgis this year in the modified Harley Class.  They have created quite an iconic bike in Strike True II, in that it seems to have nailed exactly what a lot of Harley owners want from a custom - well done.
I have been using Shaws now for some time and they always give a fantastic personal service and particular credit must go to owner John Shaw and dealer principal Steve Willis for promoting their Custom and Speed Shop and generally supporting the custom scene in the UK.  Well done.

Here is a picture of the bike I took at Ally Pally earlier this year. 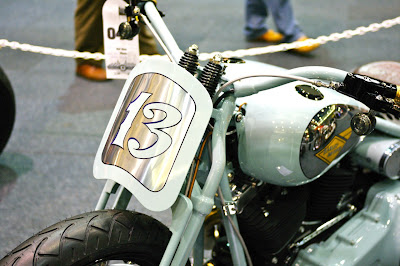 The reason for the lack of posts on the blog recently is because I have been touring with the family in California - and as I cant fit a wife and two teenage girls on a bike (not that they go on them anyway) - we are in a big Black Cadillac.  Yesterday in San Diego I had a free day so I hired a nice 2007 FatBoy from Eaglerider - and I just wanted to say what a great service they provide - and for us Europeans it all seems very good value at just over £100 a day all in.
I planned a good route of about 150 miles and it all went according to plan.

View Larger Map
Highlights were the Cuyamaca National Park, then Julian a great old mining town, seeing a flight of gunships landing at Miramar and some F-18's shooting overhead.  Finally onto the coast road home through La Jolla - a superb ride in the sunshine -without SatNav just some notes taped to the tank.  All the video and pics was shot on an Iphone 3G. 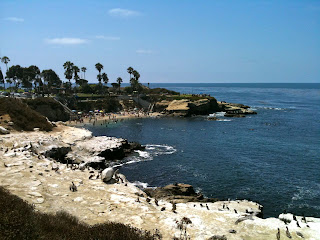 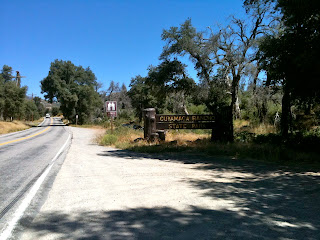 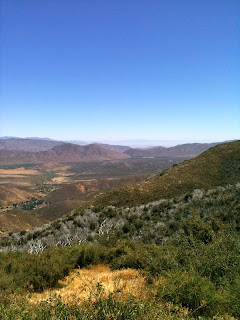 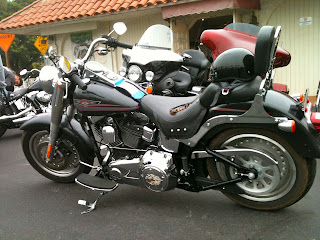 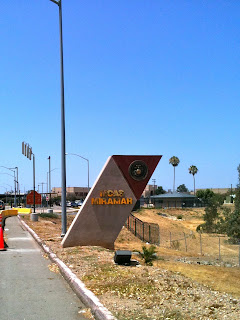 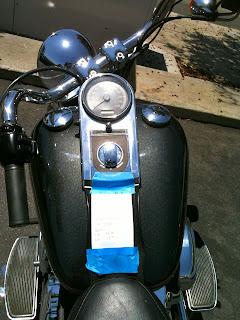 Posted by iansolley at 16:36 No comments: