When Harley started re-doing their CVO range in 2005, I ordered a FatBoy - a great bike 103"engine and all the bling you could ever ask for.  Even so I put a Road King nacelle and running lights on straight away.  A year later  I fitted a W&F 240 section rear end with a new tank, fenders and paint job, and happily run up about 15,000 miles on the bike riding it to France and Spain.  Here are the bikes before and after. 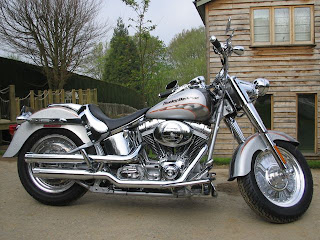 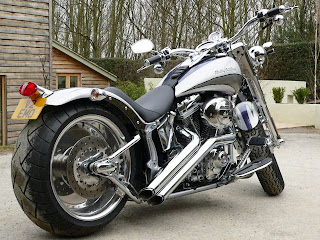 In September 2008, after the bike was three years old I traded it in for a new 2009 Streetglide which I wanted as a practical everyday bike, and was absolutely delighted with the new bike - until today!  I went down to Shaw Harley Davidson. on a gorgeous day with temps around 27 degrees C, and to my surprise there was my old Fatboy looking resplendent in a new paint job, and new shiny chrome and exhausts.  This is one of the great things about Harleys, no matter what happens to them you can always take them and change them and make them into something new and special.  Well done to Shaws and the new owner. 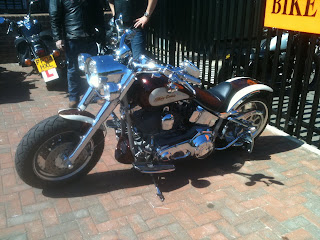 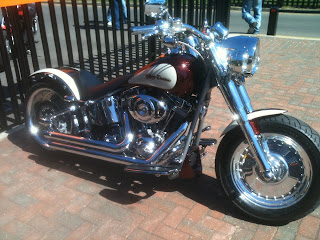