I picked up on the Distinguished Gentlemans Ride via facebook - and right away it grabbed my attention.  For some time I have been getting tired of the Harley and HOG scene, and have been looking for some alternate riding events that are more for me, the emphasis being on alternate bikes and in many respects alternate dress styles to go with them.  Another event which I must do next year is "Wheels and Waves" in Biarritz, check out the video.....

Anyway to return to the Distinguished Gentlemans Ride - the aim was that worldwide on the 30th September, groups of likeminded people would dress up in suits and ride their cafe racers, old style, brat bikes and trackers around the city - just for the hell of it - no Hi-Viz, no rules, just fun.

The London event was organised by the Bike Shed and Untitled Motorcycles and in the end we had over 60 bikes meeting up in Kentish Town for a marvellous 1 hour ride through the centre of London to Wandsworth.  I have to say it was a fantastic experience and I would love to do it again, and other similar events.  Anyway here are some shots that I took of the LOndon Ride - I rode my Caesar Racer (I think we only had 5 Harleys in all - what a relief!). 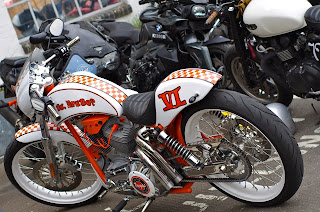 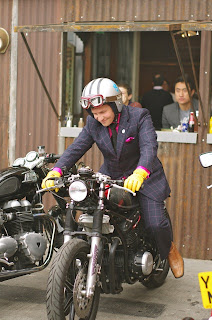 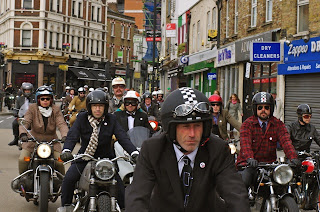 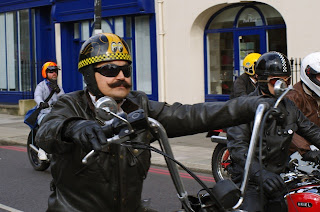 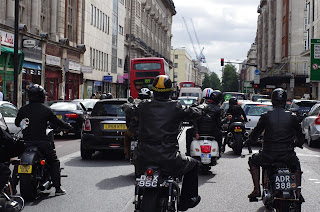 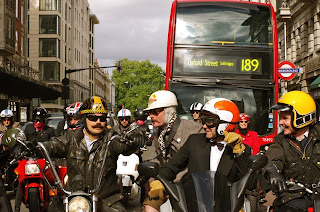 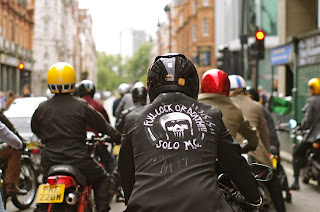 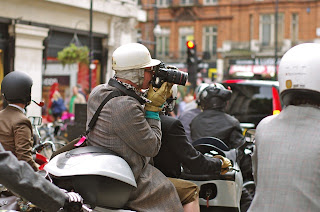 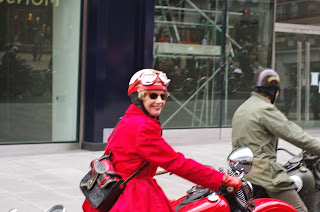 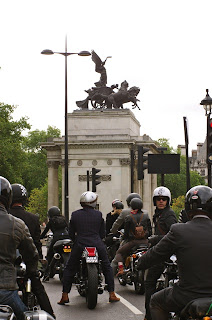 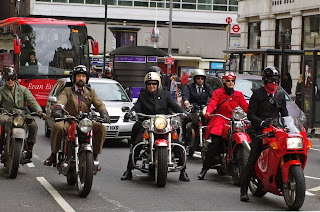 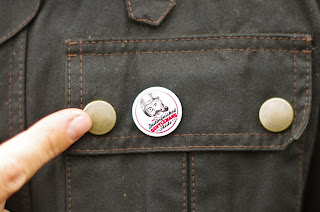 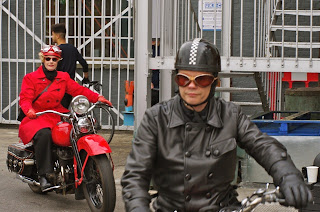 Gutted I couldn't make this as the whole idea really does appeal. Pleased you had a great day out and loving the images!

Great work Ian, Love seeing these pics and top story. Is the white Harley yours? That's amazing, Would love to feature that!

yes its called Caesar Racer - based upon my old commuting FXD I bought in 1999 - its been on BikeEXIF and a few other places too!

Man!!! A friend of mine was there too! I totally forgot about it!!!

Ian , i cant believe you did this without me !
I have been waiting for this all of my life !!!
May i recommend that you contact "Chap" Magazine so that they do a feature on this next year !
Oren

I didn't know you even rode anymore Oren! - Come to Wheels and waves in Biarritz next year!

want to Build your own motorcycles, Choose from Gasser Customs large inventory of unrestored bikes and contact at (213-437-6316) to have your very own one-of-a-kind build. For more information visit site www.gassercustoms.com