At the end of last years's riding season, I saw an advert in HOG magazine to ride Harley's in Cuba for February 2012 - now Cuba, is a place I have long wanted to visit, and ever keen to start riding in the heat at an early opportunity, it seemed an ideal kick off to this years rides.  I booked up the tour and persuaded two friends from the UK to join me (Paul Leeson and Gary France).  The tour was arranged by experienced  MC-Travel from Denmark, who provide tours all over the place - check out their website www.mc-travel.dk  run by Michael Christianson.

Being a communist country with a difficult relationship with the USA, its not easy to do anything in Cuba, and regular direct flights were the first issue, we flew from Gatwick with Virgin, but they only go Sundays and Wednesdays and the tour was from Monday to the following Tuesday, so we added an extra day each end to spend more time in Havana.  Joining us on the tour were, 2 Danish couples and 3 guys from Canada, with Luis a Harylista from Cuba as our Road Captain, Augustino our Tourist Guide (with Junior the driver, in the back up van) with Michael Christianson bringing up the rear.  Here we all are at a site in Santa Clara where Che Guevara blew up a supply train, wearing our tour T Shirts. 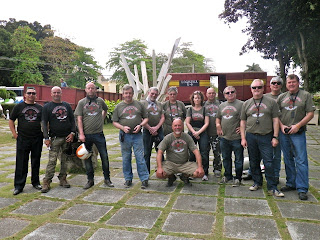 The tour covered around 1400km of riding over all sorts of roads, all with pot holes, horses and carts, stray dogs, goats, pigs, turkeys, cows and cubans, but other than in Havana rarely any other vehicles.  We stayed mainly in the West of the island and spent time in Cinefuegos, Trinidad, Santa Clara and of course Havana - rather than describe them in detail here watch the three videos below, the first by me made from my 15 mins of film on my Pentax, the second by Gary who must have filmed about 10 hours and edited it to this great film, and finally Paul's superb mix of stills and videos - both with great Cuban soundtracks

Highlights for me are without doubt experiencing the whole culture of Cuba, a land where time has stood still since Castro won the revolution in 1959, the building and cars are like no where else, and I dont believe will stay this way much longer as relations with the USA thaw and new investment will start to come in.  I also want to say how happy and well the Cuban people were, despite what appears to be an apparent poverty  they seemed content and looked after.  Its a great place - go there, ride the roads, visit the sites, drink Mojito's and smoke a cigar. 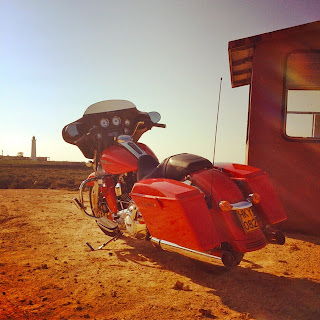 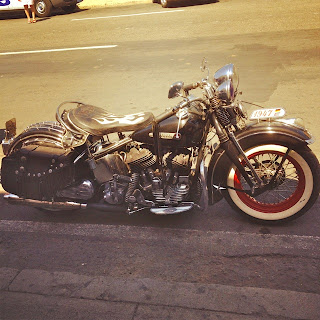 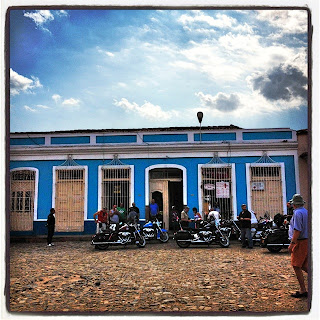 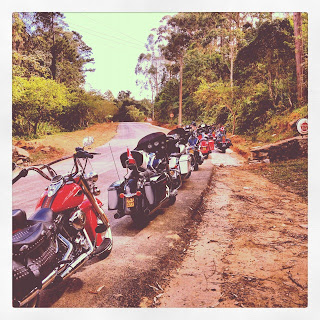 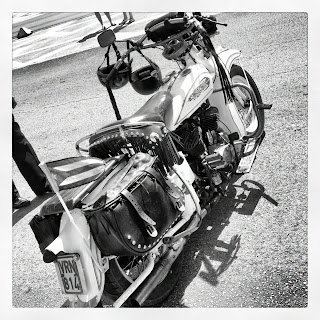 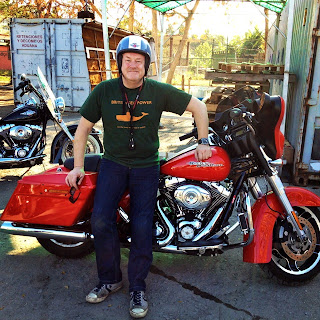 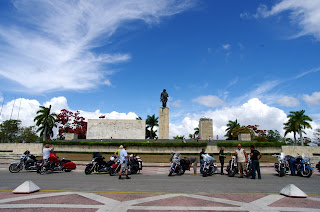 my pleasure - just back from a break in Italy - and we certainly need some sunshine in the UK for some fun riding!

The colours in Cuba make for great photos. Really vibrant!
Stick a Harley Davidson in the middle and you have got some timeless shots.
I must go to Cuba before it is capitalised.

its well worth a visit - we had a great time and drank cuba libre's and mojito's everyday!