This bike is really starting to annoy me now - I liked it before; it looked the part with its huge fenders   - but they were super heavy, rubbed the tyres and if there was ever a serious puncture would have stopped the bike like an anchor.  It was a good bike though and took me 1700 miles to Croatia in 2011 - reliable able to take luggage and sort of comfy. 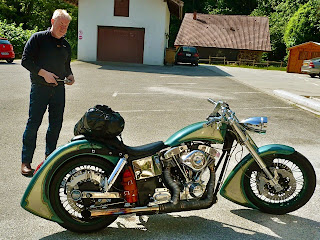 But despite that and for all those reasons I cut them off, and now it looks like a pig....an ugly pig 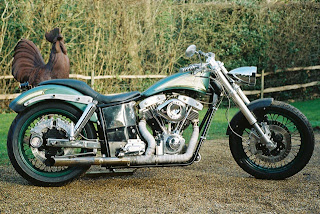 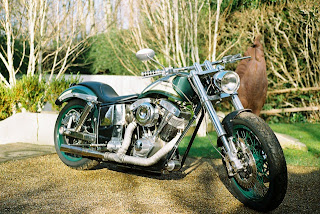 Let me say there are some huge plus points about this bike still - it has a 1970 Historic V5 so no road tax, a brand new S&S Shovelhead Engine, a great set of Billet brakes front and back, some GSXR front forks.  So to keep any expense down on this beast, I have now gone through my garage and found some bits, and bought a few bits more:


I want this all done by April.

Congratulations! This is the best thing, Thank you so much for taking the time to share this exciting information.
Hardcore Choppers

all my comments and stuff on 7ages are now on our Facebook Group 7ages custom motorcycles and also on the main site 7ages.co.uk