A great start to the New Year in that my Caesar Racer has made it into BSH the top British Custom Bike Magazine with a six page spread.  This bike is a personal favourite of mine in that it was the first Big Twin Harley I owned  - bought new in 1999 as a commuting bike up to London, and it served faithfully for this clocking up 15,000 miles on 80 mile round trips.  If you go through the blog you will se its various incarnations and this final one was completed in September 2010 - and shortly after featured in Bike EXIF.  Since completion its been out on the road an lot and was used by my good friend Preben on a recent road trip to Devon where it clocked up 1000 miles.  Et tu Brute! 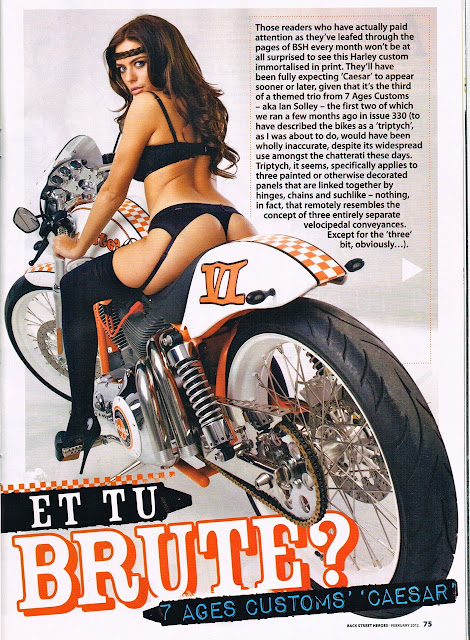