Bike No. 7 is the current build, and followers will know that its a simple re-build of a famous custom built in 1995 called the Blower Bike due to its 2 Superchargers!

Anyway progress is going well and I am hoping this is going to be on the road for sometime in March, subject to getting its MOT and Insurance but no Tax as its a 1971 Classic.   The bike is pretty much as it was originally built, but for a new 96" S&S Shovelhead engine, a  2-1 wrapped exhaust, drag bars and a new paint job!

My collaborator is Richard Taylor the original Blower Bike builder and in his honour and following my Shakespeare theme - it is now the Richard II Bike - with a quote of "Swift Like Lightning" to go on the fenders.

This is the bike I plan to use on the Croatia and Spain trips (not US as I will hire a Streetglide).

Here is the work in progress: 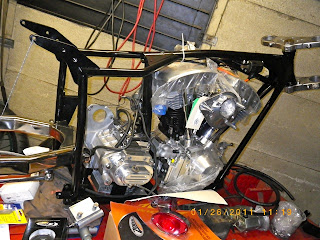 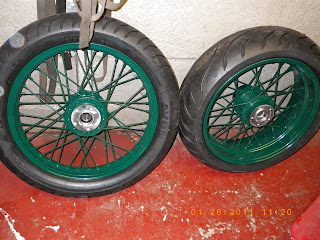 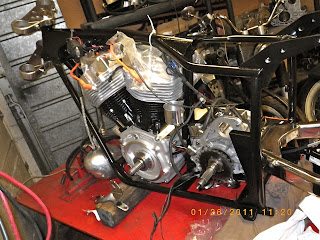