OK this is the second custom bike show at Ally Pally - there was a change of organisers and Back Street Heroes stepped in to provide valuable support.  It was held over two days this year rather than three last year, and had shrunk down to the mediums sized hall and a sparsely filled half of the main hall.  In the end I only took one bike (Macbeth) as to be honest it is far easier to ride it there and ride it straight home with all that messing about with vans and queuing for a loading space.  As usual I failed to win anything, but I think I ended up in the top 10 which is creditable enough, given the bizarre nature of the voting system - which I wont go into here.  Nevertheless its always great to go to these places and see old friends and meet new ones like Adam and his crew from Untitled Motorcycles doing great BMW's.

Congratulations particularly to Shaw harley Davidson and Image Design for getting a 1st and 2nd placing in the Modified HD section.

Here are a few of my favourite pictures taken with 35mm Film and a beaten up old Pentax. 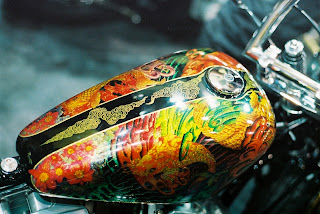 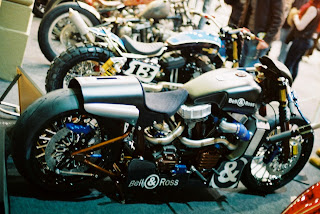 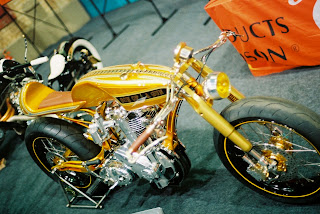 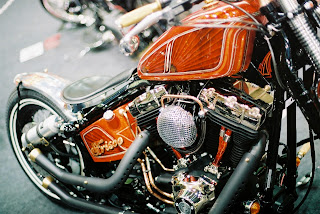 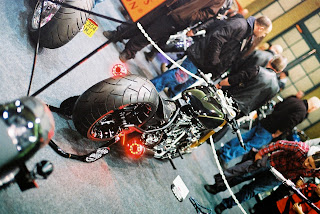 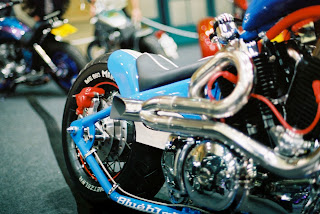 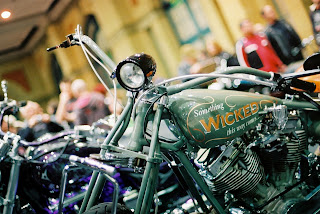 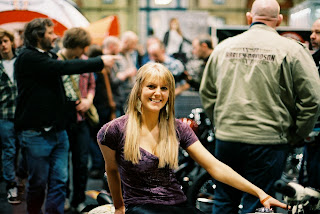 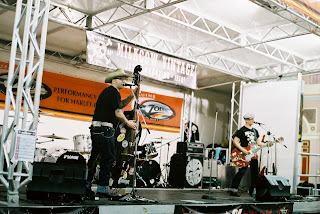 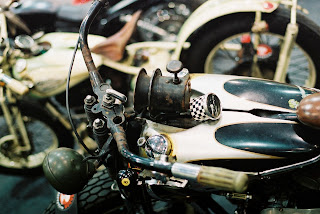 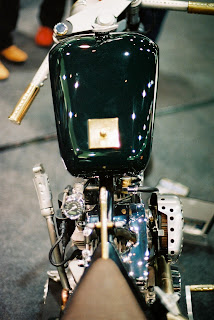 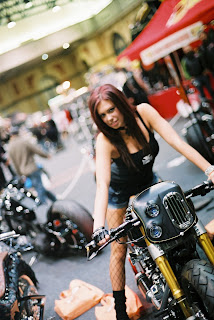 Terrific pictures Ian. Not bad for an old film camera!

Cheers - glad you liked it - Bike No.8 a hardtail BMW coming later this year needs a quote - so any suggestions appreciated!

THe pic at the bottom right handcorner certainly has a bit of......umm........sex appeal! Great pics.

very nice photos you have using your classic film camera. As Raftnn pointed out on that last photo the girl is blocking most of the view. Next time perhaps, get her to stand aside so we can see more bike.

Gary sent me too.

yes - guys - I actually took that photo specifically at the request of the bike builder (Charlie from Warrs) - its an amazing bike that sold for £75,000! its also the bike 3rd down on the left.
IAN

I too have got two beaten up old Pentax cameras. I just went and found them and guess what - they are P30's just like yours!